Chris Brannick is a multi-instrumentalist who defies categorisation. At heart a percussionist, specialising in theatrical performance and chamber music, he’s also a composer, singer, actor and writer. He has both a maths degree from Imperial College, London, and an honorary music degree from the Royal Academy of Music. Chris is on the staff of the Guildhall School of Music, a regular coach for COMA courses and gives percussion and composition workshops to advanced students. His own compositions include World Beats (published by A&C Black). Chris’s arrangements feature on CDs, websites, documentaries and Children’s BBC.
As soloist and as part of many ensembles he has performed and recorded throughout Europe, Australia, the Far East and America. In addition to solo work, Chris is a founder member of internationally renowned percussion iconoclasts ensemblebash. He has a special interest in Ghanaian music, in North African and Mediterranean frame drumming, and in the steel pan.
A totally engaging performer, Chris’s extrovert performances have inspired numerous compositions by, amongst other composers: Peter McGarr, Paul Burnell and Stephen Montague, he also plays the classic repertoire of contemporary pieces for percussion by Frederick Rzweski, Robert Keeley and Iannis Xenakis. 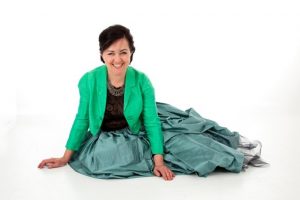 Sara Stowe studied piano in Harlow New Town with Virginia Black and then at the Royal College of Music where she was awarded a Foundation Scholarship. She won the Raymond Russell inter-collegiate harpsichord prize and the college continuo prize. Sara changed horses on joining James Wood’s New London Chamber choir and won a British Council Bursary to study singing in Italy. She has since followed parallel careers as singer and harpsichordist.

Sara has toured many times for the British Council in Europe, South America and Egypt and appeared at festivals in Britain and Europe, particularly in Italy. She has recorded for BBC and Classic FM Radios, Chandos, Hyperion and Decca and for national trust properties and museums. She sang and played on Radio 3’s ‘Georgian Pleasures’, John Brewer’s ‘The Georgians, Radio 4 Womans Hour, Radio 3’s In Tune and The Early Music Show.

Musical Times Meltdown, SBC “Sara Stowe was on top form throughout, in these, as well as coping wit the astounding vocal difficulties of two of Scelsi’s extraordinary Canti del Capricorno”.

Contact Magazine Darmstadt, Germany “In this concert Sara Stowe’s performance of Kagel’s `Recitativarie’ provides the moment of enlightenment because hers is a splendidly committed representation of the work’s blasphemous protagonist.”