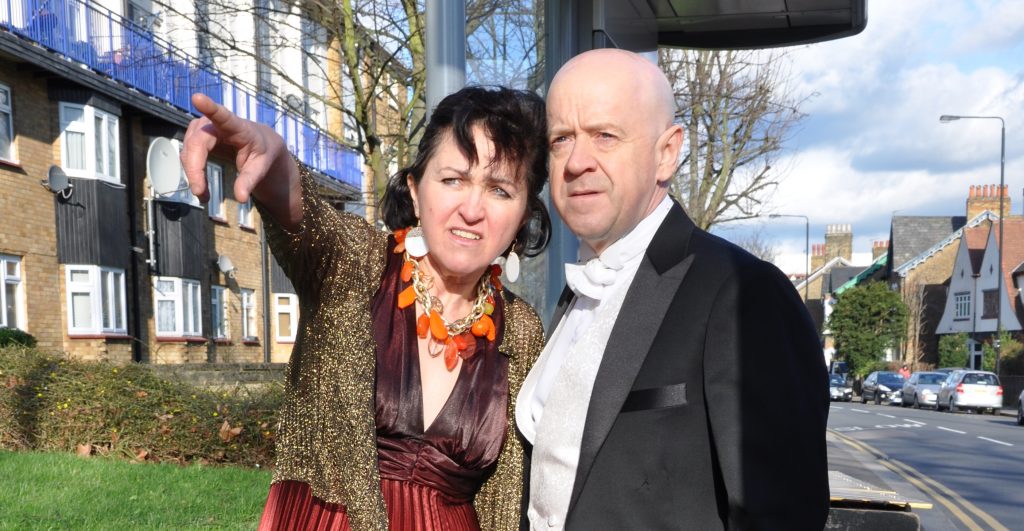 Communication and delivery are part of Chris and Sara’s work and their mutual interest in drama and theatre is at the heart of the programmes they perform.

Chris’s acting credits run from ‘Mole’ in Wind In The Willows to ‘The Journalist’ in Making History and ‘Everyman Explorer’ in the 2011 national tour of ‘Everything and Nothing’. He is also a prize-winning writer of comedy scripts, including `Keep fit with Bruce Willis’.

Sara’s theatre work includes 18th century pantomime at the Purcell Room and children’s music shows (‘Sir Goward the Coward and the Feasty Beasty’). She has sung for the RSC, the Oxford Stage Company, Covent Garden Opera Venture and James Dillon’s ‘Temp-est’ on Channel 4.